Phone Support: Dated, yet still in its prime 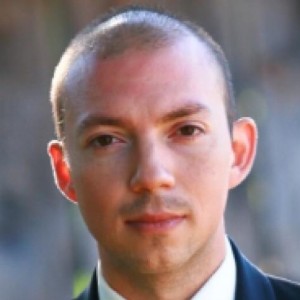 Get the latest posts in your email

In today’s world, when things go awry, it’s like a wreck on the highway in the fast lane. Everything comes to a crashing halt, people trip over each other to figure out what’s happening, and it takes what feels like forever to even start working on a solution. The first thing most company management personnel do is pick up the phone to contact whoever is in charge of the problematic cog in the wheel.

Pro: People want their problems worked on as they’re talking about them

Talking on the phone gets you in contact with someone you can have real-time interaction with, and gives everyone peace of mind when needing an issue fixed. As the support personnel are working on the solution, they can talk to you about exactly what they’re doing, and you can see the results near-instantly in most cases. Being able to detail your issue out and have a live person on the other end to react and work on a solution then and there is an invaluable trait when it comes to requiring assistance.

Pro: Complex issues are easier to work with when you have a live person on the other end

Your issue might have seemed simpler before you called, but the support personnel have informed you that the cause is much deeper. Having another voice available to brainstorm solutions quickly is not only faster than relying on typing and text, it eliminates a lot of the confusion that can be caused by reading text versus vocal inflections.

While text chat carries a lot of the instant-connection benefits of phone support, nothing quite compares to the level of communication that vocal exchanges carry, and everything feels like it’s simply conveyed better.

Pro: The ability to reconnect instantly with a direct-line extension or phone number

By having these sorts of contact options, when your problem needs a little extra tweak, or the solution just didn’t quite happen the way you wanted it to, you can reconnect with the same person who already knows what’s going on, and they can start from where they left off to further troubleshoot the issue.

Having to start over explaining your issue from square one to a new tech support person is frustrating for many, as a lot of personnel have a list of options they are required to check before they can actually get to where you are in the process. Being able to get right back to the person who’s already at the same point in the list that you are saves you anywhere from minutes to hours, and even minutes can be the difference between recovery and catastrophe in today’s business world.

Con: However, there are queue times

One detriment that prevents people from reaching for the phone is the amount of time they might have to spend waiting to get in contact with someone, depending on the company and the number of employees and phone lines they have available to receive incoming calls.

You might need the problem fixed right now, like right now, as you have an important client on the line that could slip away at any moment. Some will turn to more instantaneous options, such as chat support, in these particular moments.

When your issue happens outside of normal business hours, it can be disastrous for requiring some assistance. Phone support is almost never available during these hours, with the exception of larger companies that can afford to keep that level of coverage for staff. Voicemail is an option, though it will have to wait to be addressed until the office opens the next day.

In these instances, chat outshines the phone, as an automated chatbot, or even outsourced chat support working 24 hours, can sometimes help solve smaller issues without the need for phone interaction.

Talking on the phone to someone who doesn’t speak the same language well is nearly as frustrating as not being able to reach someone at all. English, for all its widespread use, is unfortunately an incredibly difficult language to learn, and nowhere is this more obvious than in the world of support desks and help technicians.

Many companies will not hire personnel who are not proficient in the primary language of their customer base, but in some cases, there is simply a major failure to communicate, which will often cause more problems than it solves.

Phone support is still rated the highest for customer satisfaction[1]

91% of customers in a recent Zendesk study reported satisfaction with phone support, compared to chat support at 85%. While chat has grown more intuitive and helpful in the past decade, it still lacks the benefits of interaction that phone support provides.

Some think it will surpass the phone, eliminating the need to talk to a person entirely, but the data shows that the phone has no sign of being superseded anytime soon, and still reigns supreme.